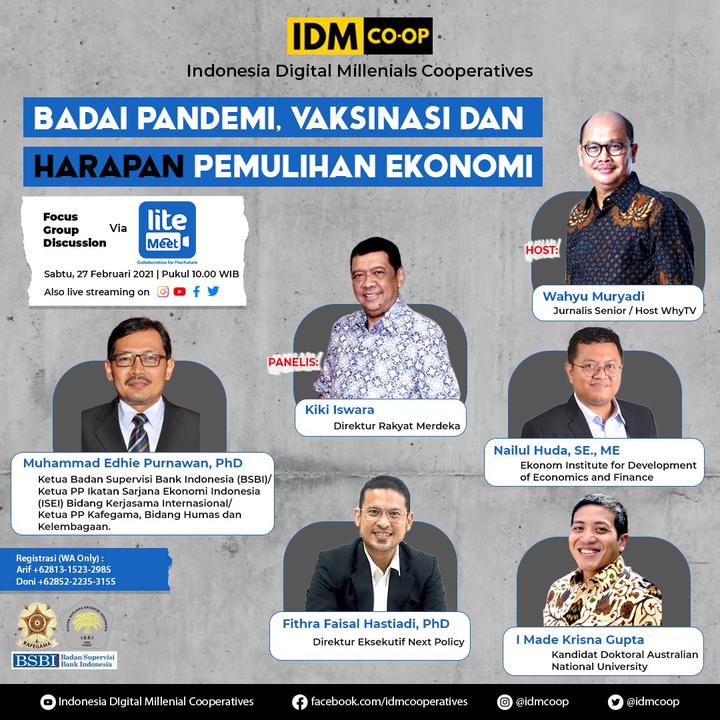 I share a possible recovery through export. There seem to be a trade-off between going ahead with commodity export with an import substitution policy. Click slides for my slides, or videos to the youtube recording of the event.

During a pandemic, the best economic policy is health policy. Vaccine is often cited to be the silver bullet of Indonesian economy. Say it is true, the speed seems to suggest that we need to readjust our hope from the vaccine. Data from our world in data Shows that our speed need some bump if we are to meet the target.

A note on weekly tracker, it uses machine learning to nowcast growth from google trend, so read it with a grain of salt. The data however is timely (hence nowcasting instead of forecasting).

Export was also the way most ASEAN countries escape the Asian Financial Crisis 1998.

A little note on that though, cuz the crisis during 1998 was pretty much concentrated in ASEAN and East Asia region, hence selling stuff to EU or US is a viable option. There was a huge drop in exchange rate too, which allows for increased competitiveness of Indonesian goods. Both doesn’t happen with the same extent as 1998, perhaps for the better.

That said, stimuli from advanced economies may provide the global demand Indonesia needs right now, if one’s to recover through export.

Often times, people ask me “what products do we need to push to the export market”? Very complicated question, but in this seminar, I just use Revealed Comparative Advantage (RCA) to try to attend to that question.

RCA is one metric we can look at to assess how competitive a country is on a certain product. In the RCA term, the higher the number, the more competitive that country is in producing that particular good.

I ain’t running thru all of the HS codes. I aggregate them based on HS2 which can be seen here.

The picture below shows Indonesian RCA dynamics from 2000 to 2018. We can see that Indonesia’s RCAs are high in mining stuff and vegetable oil (which is basically Crude Palm Oil or CPO). There’s oil, gas and coal in fuels terdapat minyak bumi, gas alam dan batubara. Indonesian rubber is also highly competitive. RCA in minerals drops significantly, I would speculate the mineral ban ruling which was started to get very interesting in 2009 onward.

Data shows that Indonesia’s overall export value isn’t affected very much by the pandemic. CPO and fuels domination is clearly visible here. In fact, CPO grows compared to 2019. Fuel went down amid the pandemic, however, also the energy prices shock led by oil.

Transportation goods are dropping, one reason why Indonesia is exempting the tax for buying a car to exploit demand market. Textiles are hurt as well, perhaps amid the PPE viasco which lead to input for textiles disrupted. Textiles is a bit GVC heavy, so a disruption in the supply chain matters a lot.

RCA changes. Indonesian RCA also changes. Maybe Indonesia will not always be a commodity exporter forever. In fact, Indonesian government are heavily intervening through import substitution policies and trying to increase domestic value added by banning mineral export. As you can see from the graph above, mineral exports are going down while the export for metals, product of smelters, are increasing. I also hear anecdotes that the government is trying to improve CPO-processing industries.

On fuels, Indonesia may need to be careful since many advanced countries these days are pushing their zero emission target. Even China, in fact. This may reduce the coal price in the future.

Backward participation in GVC may be the best option for the governmen. Consequently, import will be a bit high since backward participation may require firms to import inputs and capital goods. Import may be as important as export itself because of this cuz import may reflect industrial activities.

For better or worse, import is a bit stagnant. Fuels import drops, likely because of the mobility issues amid the virus. Not just fuels, many other imports are dropping.

Capital goods (machinery and elect) and inputs (like metal (steel is important)) also drops, which can be a bad sign.

Many of Indonesia’s manufacturer requires imported inputs, such as:

Moreover, domestic value added through export ban may take some time to realize. From nickel to battery to electric car could take years to materialized. By that time, maybe COVID is over (or maybe endemic we’ll see). Hence, speed matters.

If the government opt to go ahead with the ban (sunk cost is high anyway), then fiscal support in the short run is necessary. The government just need to make sure that these industries are growing and showing promises. Additionally, it may increase import, something the government really hate.

Retaliation is another matter with the export ban. It is kinda pointless trying to build industries with foreign debt and investment if the country can’t export its product to get foreign reserves. It also possibly limits economies of scale. This possible retaliation is worth keeping in mind. If we can ban import and export, why other countries can’t? RCEP may play a great role in this fiasco, but we’ll see.

All in all, let’s hope for the best, as usual. 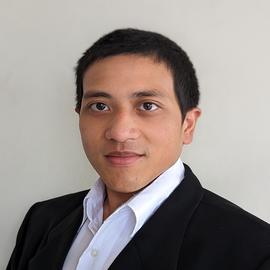